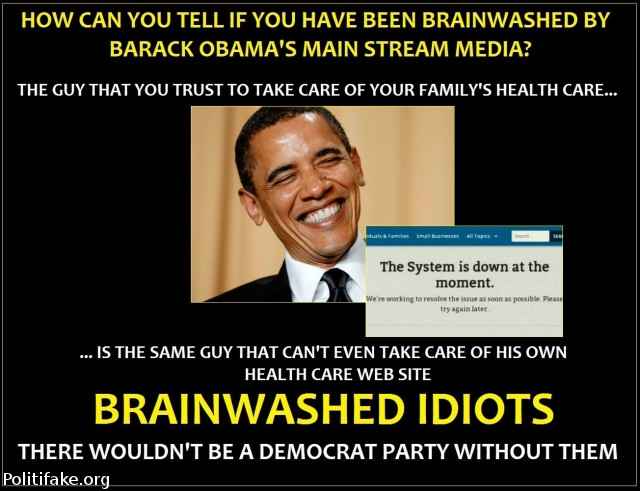 One of my favorite YouTube personalities is Mark Dice. He’s a lot like me in that he’s not afraid to call out the liberal fringe (or Liberal Lunatics, as he calls them). Unlike me however, I’m not so funny about it – he’s got a sense of humor that I used to have, and I wish I had back again in some respects. 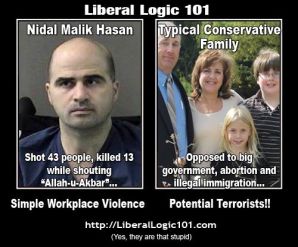 I call him Jesse Watters – on steroids. (That’s meant as a a compliment, Mark).

(Note: As a preacher of God’s Word, I’m not endorsing anything he has to say from a religious standpoint – I don’t know him personally, nor do I know of his faith – but he makes me laugh, and for this, I thank him. A link to his YouTube channel is included at the end of this rant … er, post)

You see, since I can’t preach anymore – at least vocally – and am reduced to the written word, well, it just doesn’t translate to a written posting quite the same.  Just the same though, when we see Maxine Waters, or Nancy Pelosi, or Rosie O’Donnell (a/k/a: “Miss Piggy”), or Michael Moore (a/k/a: “The Man Who Ate New York City”), or Chuck Schumer (the “Result” of such eating), or Cory Booker (from that “Armpit” between Philadelphia and New York) – you have to laugh, to keep from throwing something at the television.

Which is why I watch Mark Dice. He interviews stupid liberals in ways that I think Jessse Watters would like to, but would get him fired. Unsuspecting liberals who are given nonsensical questions or scenarios, and are asked questions, or asked to sign nonsensical petitions – and they sign!

I wonder where our schools are – and then I remember, Obama dumbed them down and took prayer – and Christ (but not allah) out of schools. Let’s not offend the Muslims, and while we’re at it, let’s piss off the conservative Christians.

Nancy Pelosi – you call yourself a “Christian” – I doubt however, your salvation. Tell me, how can you support abortion, which your “church” opposes – tell me. You support the killing of over 55 million babies since 1973? You support this? You hypocrite! Let me give you some scripture from the Christian Bible – which contains 66 books, not just the 27 written after the death of Christ:

For you formed my inward parts;
you knitted me together in my mother’s womb.
I praise you, for I am fearfully and wonderfully made,
Wonderful are your works;
my soul knows it very well.
My frame was not hidden from you,
when I was being made in secret,
intricately woven in the depths of the earth.
Your eyes saw my unformed substance;
in your book were written, every one of them,
the days that were formed for me,
when as yet there was none of them.

This means that God knows us from “before conception” – and had part in every part of our creation. You support destroying God’s creation – you are an abomination. There’s a special place in hell for people like you!

They say that in hell, you are tormented for eternity – maybe your torment will be forceps pulling your head, legs and arms from your body, only to have them reattached and have the process repeated – for eternity. That’s an abortion procedure,  Nancy  – you support this, maybe you’d like to experience it for all eternity?

That could be your future, unless you repent of your sin and your liberal ways, and be saved!

Hey, Chuck Schumer, the Psalm was from the Tanakh! That’s your Bible too, right? Maybe Sheol has the same in store for you too! A bunch of politician pedophiles, who like little boy politicians, having their way with you – for eternity!

And Moses said, “Hereby you shall know that the Lord has sent me to do all these works, and that it has not been of my own accord. If these men die as all men die, or if they are visited by the fate of all mankind, then the Lord has not sent me. But if the Lord creates something new, and the ground opens its mouth and swallows them up with all that belongs to them, and they go down alive into Sheol, then you shall know that these men have despised the Lord.”

And as soon as he had finished speaking all these words, the ground under them split apart. And the earth opened its mouth and swallowed them up, with their households and all the people who belonged to Korah and all their goods. So they and all that belonged to them went down alive into Sheol, and the earth closed over them, and they perished from the midst of the assembly. And all Israel who were around them fled at their cry, for they said, “Lest the earth swallow us up!” And fire came out from the Lord and consumed the 250 men offering the incense.

You and your fellow Democrats aren’t being rebellious on grounds that could be called righteous, they just sound downrght stupid.

You lost, and you’re having a hissy-fit, because we, the people, want our government back.

We’re not “sheeple” any longer – so get over it already!

And guess who this scripture is for?

“If a man has a stubborn and rebellious son who will not obey the voice of his father or the voice of his mother, and, though they discipline him, will not listen to them, then his father and his mother shall take hold of him and bring him out to the elders of his city at the gate of the place where he lives, and they shall say to the elders of his city, ‘This our son is stubborn and rebellious; he will not obey our voice; he is a glutton and a drunkard.’ Then all the men of the city shall stone him to death with stones. So you shall purge the evil from your midst, and all Israel shall hear, and fear.

A glutton and a drunkard – if the shoe fits, Mr. Moore and Ms. O’Donnell.

Celebrities have to go back to their JOBS, and entertain us. Their jobs are to entertain, not to lecture – I got enough lectures in college, and I get them from my wife occasionally, I don’t need them from the likes of you.

And Rosie, my wife is a heck of a lot better looking than you too.

You all sound like spoiled brats, who are in need of some good, old-fashioned, tush-whoopin’. Yeah – that’s a good spanking. It worked for my generation, and the ones before me. We need to return to to the times when we could discipline our kids, then maybe, we wouldn’t have the dumbed-down retards that show themselves today.

And yes, that’s what y’all sound like – dumbed-down retards. That goes for “the ladies of The View” too … if I can call you “ladies.” I mean, Whoopi Goldberg may want to use the Men’s bathroom, given her “gender identity” issues – she certainly acts like a man.

I loved you in the movie “Ghost,” Whoopi – what happened to that woman? She turned into a shrew, that’s what. For you, and the rest of the shrews of The View:

For the lips of a forbidden woman drip honey,
and her speech is smoother than oil,
but in the end she is bitter as wormwood,
sharp as a two-edged sword.

Like a gold ring in a pig’s snout
is a beautiful woman without discretion.

It is better to live in a desert land than with a quarrelsome and fretful woman.

Solomon was so wise, wasn’t he? So go back to your jobs. if you want to be in politics, then put your money where your mouth is, and run for office. If not, then shut up -we don’t really care what you have to say anymore – or doesn’t the fact that the ratings for the Academy Awards were the lowest ever, show any indication that you are, and continue to be, irrelevant.

So it’s high time to call out these sinners – and tell them to repent, for the the time is near that you will meet your maker- the God of Abraham, Isaac and Jacob.

It’s time for pastors to say “To Hell with the Johnson Amendment” and call out the sin of our politicians – to call out sin in general. Pastors don’t do that anymore. They’re too afraid to offend, and dry up those offering plates. Well pastors – it’s God that provides, not political correctness.

You’re so worried about the IRS revoking your tax-exempt status (the Johnson Amendment – another Liberal piece of legislation) – buy why? You’re being lazy, and too worried about the condition of your balance sheet and income statement, instead of what Christ commanded:

And Jesus came and said to them, “All authority in heaven and on earth has been given to me. Go therefore and make disciples of all nations, baptizing them in[b] the name of the Father and of the Son and of the Holy Spirit, teaching them to observe all that I have commanded you. And behold, I am with you.”

So yeah, I’m calling you out too – you lazy pastors!

What’s your job, pastor? It’s to save souls, and to call out sin so as to convict and save the soul. Your job is not to tickle behind the ears and make people feel good about themselves.