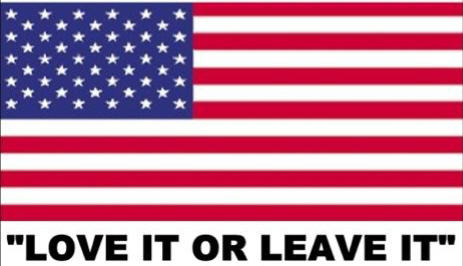 In the first part of this series, we covered some history which led up to the creation of Islam. In this part, we’ll focus on a few aspects where Islam’s Sharia law, contradicts the law of the land in the USA – and what we’re fighting to keep out of this nation.

Now, I understand that are Muslims who assimilate to, and follow the law of our land. They are the peaceful minority of Muslims who would be ostracized by their more radical majority. I have relatives – through marriage, my wife’s sister married into Islam – who very well may be good, peaceful and honorable people – I’ve yet to meet them, but based on some Facebook posts I’ve seen and experienced, they would defend Islam wholeheartedly, just as I would defend Christianity wholeheartedly.

I fully believe that when anyone emigrates to the USA, they are to assimilate themselves to our culture and to our laws – we don’t assimilate to theirs. When someone who practices the Muslim faith comes to the USA – as a refugee, or comes to work here under a work visa, or emigrates for citizenship – they are bound by the same laws, as we are – they are entitled to nothing different. They assimilate to our culture, which means they learn to speak English and follow our laws and customs.

When I went to work temporarily in Saudi Arabia – I took a few classes on their laws and customs in order to receive my visa. Here are some of the things I learned – and remembered, and observed – after all, “it’s their country – not ours.”

I learned that I shouldn’t speak to an unknown female, not even to ask directions, as this could be misconstrued as something that the “Sharia” or “Religious police” would want to investigate.

There are modesty laws – you had better be covered from your neckline, to your wrists, and to your ankles, lest the religious police come up to you and spray henna on the exposed areas, and possibly arrest you. The image to the right is a sign you would see in Qatar as a reminder.

A male should never accompany a female, who is not his spouse, in public.

When driving – be especially careful as accidents often come to the fault of the foreigner. The reasoning? If you weren’t int he kingdom, the accident wouldn’t have happened – therefore, you’re liable. Make sure your insurance is paid up.

Have a Bible? LEAVE IT HOME! Islam is the only religion permitted to be practiced in Saudi Arabia. Yes, there are western workers who meet privately to practice their faith, but you won’t find a Bible among them. Smuggling a Bible in will get you arrested and deported at the very least.

As for online access to the Bible, or any other religious material – consider:

In 2004, it was reported that Saudi Arabia’s government began denying access to websites containing general religious content on Christianity, Islam, Paganism, Judaism and Hinduism. This, like other moves in the region, is designed to keep Muslim populations’ access to information limited, so that they will remain steadfast in the “correct” form of Islam as judged by the authorities.

So I ask you, if Islamic countries are intolerant of our customs – and we need to conform to them, then why shouldn’t we be requiring Muslim and other immigrants to conform to ours?

Have you ever been in France? If you don’t at least try to speak French, you are shunned – no one will help you. Even saying “Parlez vouz Inglais?” (Do you speak English?) will get you help, since you at least tried – it’s a sign of respect for the culture and the national language.

But come here to the good ol’ USA, and we’ll take you as you are. It didn’t used to be that way.

Now, we’ll let anyone in here. And those who want to do us harm come through our borders undetected, because our vetting process is insufficient – and liberal judges are stopping our president at every turn, from trying to keep the bad ones out of this country.

WE DIDN’T HAVE MUCH OF A TERRORISM PROBLEM UNTIL BILL CLINTON, AND HIS DEMOCRATIC ILK, LIBERALIZED OUR IMMIGRATION LAWS IN THE 1990’S.

Immigration is now based on a “lottery” system – and “H1-B Visas” (work visas) were handed out like candy. Immigration was based on “Merit” – where points were awarded based on knowledge of the English language, and our culture, and you were required to acquire a certain number of points in order to even get into the country.

Now, if you have family here, you get automatic entry.

That means that – for example – if the spouse of my sister-in-law, who is, I’m sure, a peace-loving Muslim, had a relative who was not-so-peace-loving, and that relative wanted to emigrate here, their chances of gaining admission to the USA under current law are quite good – and voila, another potential terrorist on our soil.

NOTE: I am not accusing my wife’s relatives of knowing terrorists – this was merely an example of our lax immigration laws in the USA.

My relatives emigrated here – legally – from eastern and western Europe. They had to work to support themselves – there was no welfare or Medicaid to support them. They sincerely loved this nation, and many fought in its military to defend the freedoms that we enjoy.

I don’t care where you come from – if you come here, even as a visitor – you respect our laws and customs, just as you would expect us to respect yours.

And as for Sharia law – which many Muslims have publicly stated that they would like to see the law of the land here in the USA (and elsewhere), well, just forget it! Sharia and the US Constitution are diametrically opposed to each other on so many issues.

There’s only one system of laws in this country – our US Constitution. Again, if you can’t respect our laws, don’t come here.

Remember the slogan, “America, Love It Or Leave It”? We should start plastering ti around again – and our politicians should start remembering that when doing “immigration reform” again.

If you come here – love this nation, contribute to it, respect its laws and defend its freedom. If you can’t do that, don’t come here – and if you’re already here, then leave!

Which also means you come here legally – jumping the fence and sneaking in – is breaking our laws, and you should be deported – just as would happen in any other country.