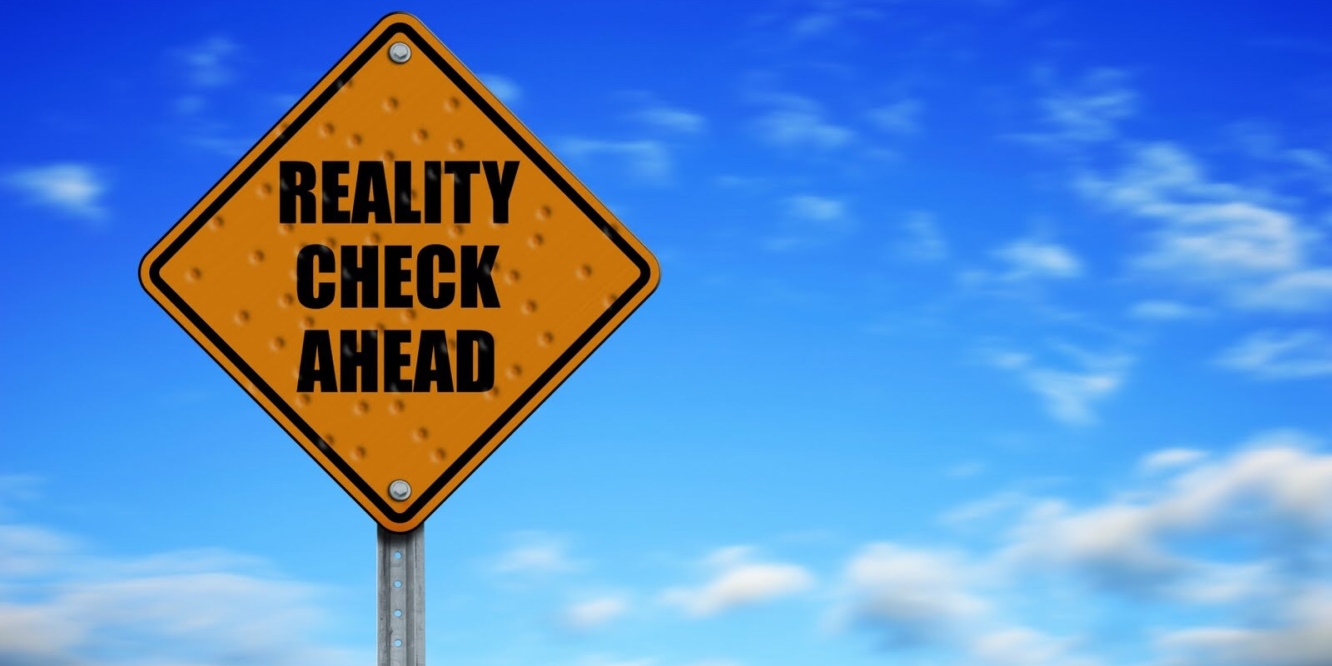 There’s a lot of perceptions about what’s going on in the world today, but is in actuality, reality?

I know people who think that many of the politicians from the Clinton, Bush (both of them), and the Obama administrations are either in Guantanamo Bay, or have been executed.

What is this based on? Reality of fact, or perception of what they’re told by others?

There are people trying very hard to convince me that this is the case. I’m sorry, but unless I see people hauled into court, and sentenced, or see them taken out and put to death – the reality of this is that someone’s perception is being driven by too much YouTube conspiracy.

It’s hard to convince people that people, especially people this high up, have their constitutional rights taken away, because we wish them dead.

Hey, personally, I think that most of them are despicable and have done horrendous things. Do I think that they should be executed for their supposed crimes? I believe, yes, there should be punishment, after a public trial, not after some YouTube lynch mob says so.

What does Gods Word have to say about this?

1 Kings, chapter 19 details the story of Elijah after he took out the prophets of Baal.

Ahab, who was the king and married to Jezebel, and henpecked at that, told Jezebel what Elijah did.

She ordered the execution of Elijah. We now know who wore the pants in that administration. Elijah ran and hid.

Starting in verse 1 of chapter 19, through verse 3, in the New King James Version:

And Ahab told Jezebel all that Elijah had done, also how he had executed all the prophets with the sword. Then Jezebel sent a messenger to Elijah, saying, “So let the gods do to me, and more also, if I do not make your life as the life of one of them by tomorrow about this time.” And when he saw that, he arose and ran for his life, and went to Beersheba, which belongs to Judah, and left his servant there.

Ok, did I see it happen? No, but it is God’s Word, which makes it fact to me and true Christians. Elijah took off to save his hide. Wouldn’t you?

The next part though, is important to the story, verse 4:

But he himself went a day’s journey into the wilderness, and came and sat down under a broom tree. And he prayed that he might die, and said, “It is enough! Now, Lord, take my life, for I am no better than my fathers!”

Now, comes the perception on the part of Elijah. He feels so horrible at his taking of a life, that he wants the Lord to just take his life. That’s not all, but more on that later in the message.

He doesn’t want to die at the hands of Jezebel, which he perceives will happen.

He didn’t trust Yahveh to protect him after doing what the Father told him to do – to go and tell Ahab that the drought, which plagued Israel for so long, was ending.

Looking around at the perception of what Jezebel was capable of, Elijah took off to Beersheba, but then went an extra day into the wilderness and asked God to just take him – instead of trusting God and staying in Beersheba.

Let’s face it, knowing facts about Jezebel, did Elijah really think that this was going to be a cakewalk? She was extremely evil, and the people of Israel at the time were worshiping Baal. She ordered it, because she had henpecked Ahab wrapped around her little finger. He would do whatever she wanted – lest he somehow lose his life as well.

Sounds like Bill and Hillary Clinton … but I digress…

But God was about to show Elijah that He was still the protector, and we see the real perception on the part of Elijah – yeah, there was an underlying perception. Starting in verse 5 through verse 10:

5 Then as he lay and slept under a broom tree, suddenly an angel touched him, and said to him, “Arise and eat.” 6 Then he looked, and there by his head was a cake baked on coals, and a jar of water. So he ate and drank, and lay down again. 7 And the angel of the Lord came back the second time, and touched him, and said, “Arise and eat, because the journey is too great for you.” 8 So he arose, and ate and drank; and he went in the strength of that food forty days and forty nights as far as Horeb, the mountain of God.

9 And there he went into a cave, and spent the night in that place; and behold, the word of the Lord came to him, and He said to him, “What are you doing here, Elijah?”

10 So he said, “I have been very zealous for the Lord God of hosts; for the children of Israel have forsaken Your covenant, torn down Your altars, and killed Your prophets with the sword. I alone am left; and they seek to take my life.”

Notice in verses 5-8, the Lord sends an angel to nourish, protect Elijah and to get his strength back up. Elijah had some business to do with God at Mount Horeb.

Elijah has to be asking himself, “Why would God have him do this, just to put himself in danger with Jezebel?”

He had to inquire of Yahveh. Don’t we all get to this point?

Our church, and others around the nation, are praying earnestly for Pastor Charles in Nigeria for his situation. I’m sure he’s inquiring of Yahweh as to why his situation was allowed to happen, and I’m sure many perceptions as to why are swirling around in his mind. They may be indeed factual,but until God actually reveals the facts, they’re perceptions.

Verse 9 has Elijah taking refuge in a cave. When we get into situations where we’re afraid, or seeking answers, we take refuge in Jesus, God’s Son, to intercede for us.

God asks Elijah, “Why are you here?”

Verse 10 reveals the actual perception. he’s basically telling God, “I’ve done so much for You, yet the children of Israel have done wickedly – I’m the only one left.”

He thinks he’s the last representative of God left on God’s green earth. Even in Revelation, when all hell’s breaking loose, God never has just “one man standing”.

Skip down to verse 18, and God reveals this:

Yet I have reserved seven thousand in Israel, all whose knees have not bowed to Baal, and every mouth that has not kissed him.”

Elijah’s not the last man standing – that was Elijah’s perception, but the fact was that there seven thousand others who were just like Elijah, faithful to Yahveh and willing to die for Him,

He even names a couple, Jehu and Elisha, names – especially Elisha – which should be familiar.

How many times have we looked at our current circumstances and thought, just take me now, Lord.

I will tell you that a year ago, I was in that very place. I was writing on a blog, that wasn’t getting a lot of notice. I used to have a booming voice with which I used to preach and broadcast . My wife will tell you even today, “I miss that voice.” Parkinson’s Disease has robbed me of it.

I was at a very dark point, but then this church came along and the the few people who populated it on the online service Parler at the time, asked me to lead them. Today, I’m proud to say that this was God’s calling on my life.

He allows me to write the sermons instead of verbally delivering them.

Our church and our messages are now read worldwide. We now have over fifty consistent readers and followers worldwide, and it’s growing.

And let us consider how to stir up one another to love and good works, not neglecting to meet together, as is the habit of some, but encouraging one another, and all the more as you see the Day drawing near.

The name of this church denotes this – the Hebrews 10 Church. We may not meet in person, in a physical building, but do meet via Zoom (the online conferencing tool) – and we have enough room in our virtual pews for one hundred, and our “services” consist of Bible study, prayer and fellowship.

Want to join us? You can join us on our Telegram group at https://t.me/Heb10Church – our sermons and details for our meetings are posted there. We also share prayer requests and topics of church interest as well.

God’s grown this from a small clique in an online community, into a real church.

Some would not call this a real church, because we don’t have four walls and don’t physically meet, where we can shake hands and hug.

We have more fellowship than other churches I know of. We have no cliques, we’re very open with each other and are there for each other. Most also attend a local church as well.

I mentioned Pastor Charles of Nigeria earlier. When he made known his issue to me, which won’t make public here, I was able to pull an adhoc group of our prayer team (yes, we have one) together via zoom the next evening. These people pulled their local churches in, and I was able to get pastors of churches that I know of – and these pastors pulled other pastors together, where we literally have hundreds of people nationwide praying fervently for this one unknown (to these other people) pastor in Nigeria.

If this isn’t God at work through our small, internet-based church, I don’t know what is.

The point of this is that the perception of most, including pastors, is that you must physically meet to have a real church, but the reality is that if properly structured and shepherded, as Jesus Himself says in Matthew 18:19-20:

“Again I say to you that if two of you agree on earth concerning anything that they ask, it will be done for them by My Father in heaven. For where two or three are gathered together in My name, I am there in the midst of them.”

Perception versus reality – think about it.

2 Replies to “Is Your Perception, Reality?”