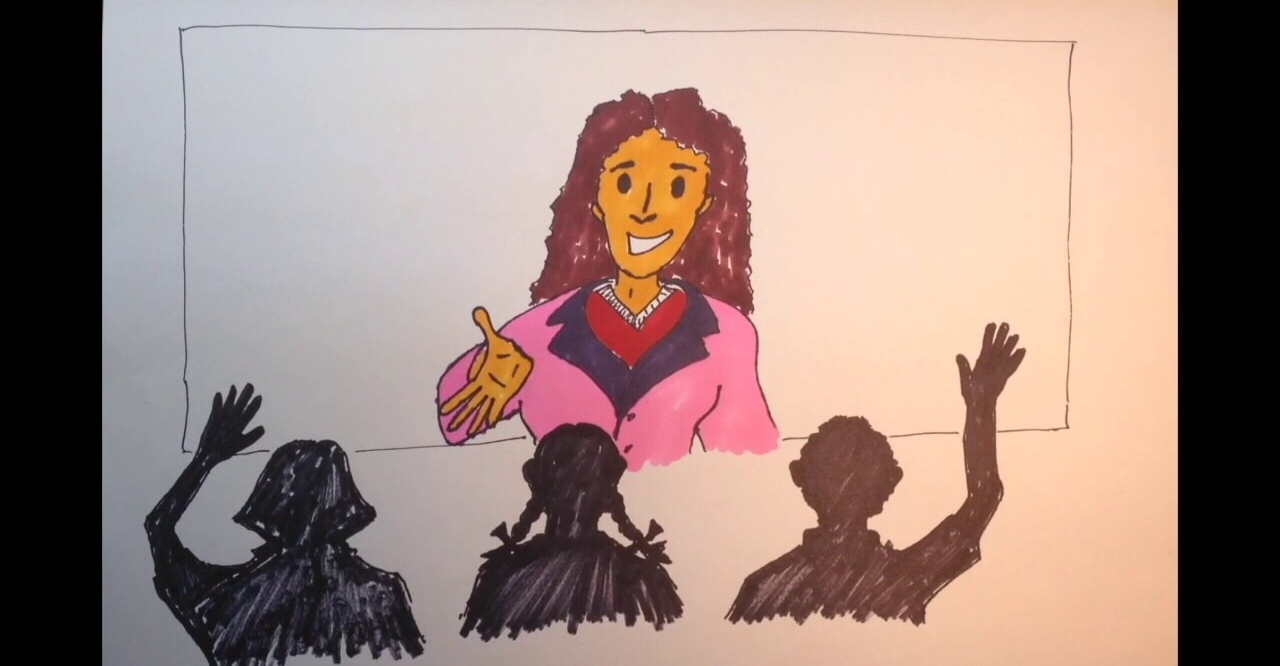 Just to let y’all know, you’re going to get a small lesson in Greek today.

A lot has been said about gender when it comes to church leadership. Paula While is among the most vocal these days, but there’s also Beth Moore, Victoria Osteen, Gloria Copeland and Joyce Meyer – all of who have claimed the title and refer to themselves as “pastor”.

What exactly is a pastor? A pastor leads the church and is referred to in the Bible as an overseer. One can see the pastor as the senior Elder.

With all of the talk of gender these days, we need to be clear of what the Bible says regarding the basic requirement for an elder or overseer in a church. What does the Bible say regarding gender?

The second chapter of 1 Timothy, verses 8 through 15 says it all, but verses 11-12 are quite explicit:

Let a woman learn in silence with all submission. And I do not permit a woman to teach or to have authority over a man, but to be in silence.

Yes, this sounds extremely sexist and many women – and men, vehemently disagree with Paul’s words to Timothy. They claim that this was the custom of the day, that it was patriarchal in nature, and it doesn’t apply to today’s more enlightened environment.

To that, I, and many other pastors say, “Poppycock!”

Let’s look at the entire section of God’s Word on the subject. From the New King James:

I desire therefore that the men pray everywhere, lifting up holy hands, without wrath and doubting; in like manner also, that the women adorn themselves in modest apparel, with propriety and moderation, not with braided hair or gold or pearls or costly clothing, but, which is proper for women professing godliness, with good works. Let a woman learn in silence with all submission, And I do not permit a woman to teach or to have authority over a man, but to be in silence. For Adam was formed first, then Eve. And Adam was not deceived, but the woman being deceived, fell into transgression. Nevertheless she will be saved in childbearing if they continue in faith, love, and holiness, with self-control.

In verse 8, the Greek word used by Paul was ἄνδρας or “andros” – used here in the plural, active and masculine. Here, he means biological men. It can also mean husband – if we’re talking culture here, we’re not talking female husbands like they do today, Paul is referring to a male husband of a wife.

Likewise, throughout the passage, the Greek word for women γυναῖκας (gynaikas) and the singular γυνὴ (gynē) are used. These words are intended to mean a biological female. Note the Greek word gynē … which we get the practice of gynecology, or women’s health. The words also translate to wives and wife. Again, not a homosexual wife like Pete Buttigieg, but a female wife to a male husband.

I’m sorry, but I’m sure that Pete Buttigieg would see a urologist, not a gynecologist for any troubles he might have in this area.

Getting back to our passage, if you read the passage, Paul was instructing young Timothy, a new pastor, on how to organize his new church, and those he plants in the future. Men run the church, men are not to be submitted to a female leader, and females are not to be leaders.

Now, I will agree, that with a small church, some responsibility needs to be given out. In our church, a group of prayer warriors are led by a capable woman, and at times, I may ask her to put out prayer requests, but she is subject to the two elders of the church, myself and the elder who supports me as pastor.

I also believe that women can teach other women, but at no time, will I permit men to be submitted to a female elder.

Beth Moore and Paula White, amongst others, would have you to think that this is racist and sexist.

I’m sorry Ms. Moore and Ms. White, but you either believe God’s word in its entirety, or you don’t. You cannot pick and choose which parts you believe, and those parts you don’t. I would no sooner sit in one of your services as you’re taking the position of pastor – any kind of pastor – is sinful and goes against the Word of God.

Let’s look at other areas where Paul instructs both Timothy as well as Titus on positions of authority. In fact, these two scriptures are quite similar in their instruction.

Titus chapter 1 and 1 Timothy 3:1-7 are practically identical to Titus chapter 1 when it comes to the position of elder. Remember that it’s said that the pastor was also an elder.

He is to be a husband ἄνδρα (andra) of one wife γυναικός (gynaikos). There are those two pesky words again – a male husband of a female wife.

The number used, one wife doesn’t denote whether it’s only one as it pertains to whether the pastor or elder was married before or not. The Greek word for one – μιᾶς (mias) – is broken down as feminine, singular and in the genitive case meaning that the word one being an adjective in this case, it basically takes on the case of the noun – woman or wife. So the case can go either way.

In other words, we fall in the middle. We’re not so liberal as to allow just anyone to serve, but we’re not so conservative as to disqualify a divorced individual.

But under these conditions, they better be married only to one and only one woman – no polygamy!

In Titus 1:6, the Greek word for husband is ἀνὴρ (anēr) which is slightly different than Paul used to his letter to Timothy. This word is used by every gospel writer – Matthew, Mark, Luke, John, and Paul throughout his various letters.

It’s merely a variation of ἄνδρα (andra). Instead of describing the husband, ἄνδρα (andra), it is actually naming the noun – husband, making it clear that Paul was telling Titus to make sure that the elder or pastor isn’t just anyone, but a male husband.

So Beth Moore, Paula White and any other female taking the title of Pastor or Elder, are sinning – pure and simple.

We have a few in churches around where I live. There’s an Episcopal church in town who has a female priest, and many churches who have female “associate” pastors – this is all wrong!

Yes, I may get much wrath leveled at me claiming that I’m a sexist. I invite anyone to come to me and show me in the Greek – not some liberal translation, but the text, in Greek, where a female elder can be justified, and I’ll eat these words.

They just can’t do it.

The Textus Receptus text on which the King James and New King James is based, or the Syriac and other texts which are the basis of the Westcott and Hort, the basis of virtually every other English translation, use the Greek used here. They all, every one of them refer to males and females, and husbands and wives.

Male husbands, female wives, with the ability to produce offspring – also mentioned in these passages. Sorry Pete B, you might be able to adopt, but you cannot biologically produce any on your own.

As I said to anyone who brings this up, and I argue with many on Facebook on this very topic, it’s not culture, it’s the very Word of God. You either believe it all – or you believe none of it. You can’t pick and choose what you’re going to believe. That’s heresy – and I’d hate to be that person when they come face to face with the author.

3 Replies to “The Leadership of the Church”