In the last post, we discussed Globalism and the man behind some of the misdeeds of the day – George Soros,

In this posting, we’ll look a some of the history of Globalism, how we got here, and why we don’t want to be here.

When we look at what the USA does to protect other nations, such as South Korea, Japan, Europe (through NATO), and the economic aid the USA provides other nations, many people wonder why our nation isn’t as concerned for our own homeland first.

Yes, it’s important to protect against tyrannical idiots like North Korea’s Kim Jung-Un, who blather about how they’re going to do this or that – but South Korea is a rich nation today too, and should be substantially contributing to this effort. The same holds true for Japan. The USA contributed substantially to rebuild Japan after WW-II, it’s time we see some substantial contribution to their own protection.

Europe – again, who contributed to rebuild Europe after WW-II? The USA, that’s who. It’s why we see our president, Donald Trump, letting nations know, in no uncertain terms, that they will have to shoulder their fair share in NATO, and to shoulder more of the cost of their protection – our wells are running dry.

We place more emphasis on illegal aliens, than we do our own citizens, especially our veterans. Those men and women who signed on to give their all – their very lives – for this nation, deserve the highest honor and care. Yet so many die waiting for care, while bureaucrats in the Veterans Administration enrich themselves, covering their collective butts, in their inefficiency.

Yet people break our laws, and break into our nation by flaunting – and breaching – our borders – and we roll out the welcome mat, giving them welfare aid including cash, health insurance and in some cases, actual identification to drive legally!

These LAWBREAKERS – that’s what they are – lawbreakers – are taking dollars from those who EARNED our help.

And we – one of the richest nations on earth – have an unacceptable poverty rate. There should be virtually no one who somehow can’t support themselves.

How in the heck did we get here? 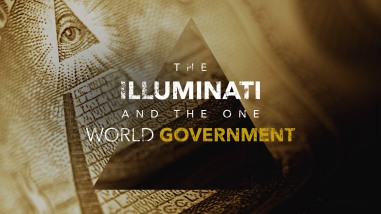 Ask those who go to the conferences at Davos, Switzerland every year – or the Bilderberg Group – very rich people – government leaders, business elite, the politically connected. If you went to Yale, and were a member of the “Skull and Bones Society,” like John Kerry. both president Bushes, and more than a few others, you were invited to join in.

These people make “policy” – which is then executed by the nations they expect to carry them out. Of course, none of this is public. People who attend the events do not, as a rule, talk about the specifics of what was discussed. This includes politicians whose job is to represent their constituents.

There are no minutes taken of the meetings, and no reports are made of any conclusions reached. No votes are taken and no policies proscribed. Journalists trying to interview participants at meetings have previously been arrested.

The specifics of most international summits and meetings tend to be fairly opaque, but some public announcement is usually made as to conclusions reached. Not so with the Bilderberg Group; the global establishment departs as quietly as it arrives.

This is where Globalism was coined – and maintained. The USA, being the richest of the nations, is expected to contribute mightily to the Global government – through vehicles such a the IMF – the International Monetary Fund, and the World Bank – from whom other nations, like Greece, borrow to prop up their failing budgets. Third world nations rely on the World Bank to prop up their nations too.

I’m all for helping where we can, but we as a nation, have been generous to a fault. We are one of over 150 nations represented at the United Nations – 0.65% (less than one percent) of the world body represented, yet we provide 27% (over one quarter) of their operating budget! How is this equitable? It’s not, and we as a nation, shouldn’t be standing for it.

Let me ask you – if you give what amounts to a quarter of a club’s budget, but are only one member out of 150, and get no respect in return, you’d be a little upset. Well, welcome to the United Nations.

The UN – the defacto One World Government – the body who decides what’s right and wrong in the world through the World Court in the Hague, who gets money through the IMF and the World Bank… and where does a lot of this policy get decided?

Davos and the Bilderberg Group collectively.

And guess which rich American was never invited? Donald Trump. And now he’s president of the USA – and they’re not pleased, George Soros – a member of the Bilderberg Group is funding much of the unrest and protests through his Open Society Foundation.

It’s no wonder that we’re taking an America First policy, it’s time we looked out for ourselves for once, and did our own bidding. But – don’t expect it to last forever, Revelation 13 talks about a world leader and his assistant – the Antichrist and False Prophet – and they will, at some point, come to power.

Want to know more about the End Times? I invite you to listen my 4-part series “The End Times – What To Expect” – Links are provided below.

God Bless You – and God Bless the USA and our new leaders!