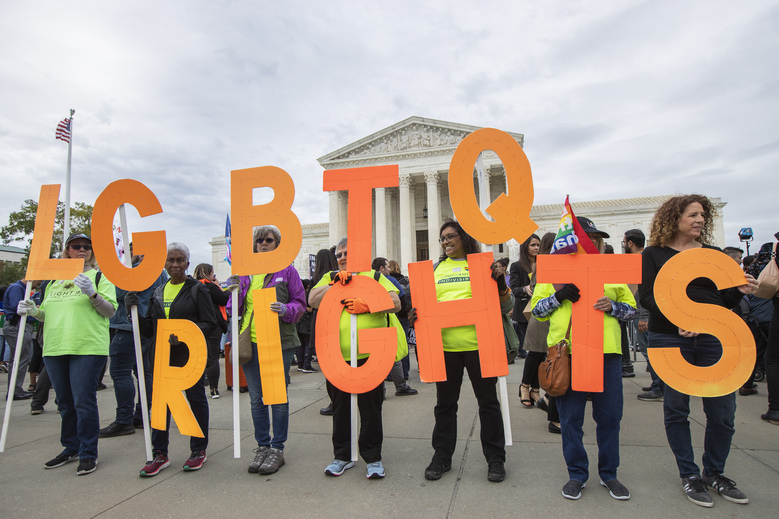 Of course, I’m being sarcastic here – about actually “thanking” justices Roberts and Gorsuch, for such a horrendous decision that affects Evangelical Christianity in such a huge way.

In case you’re not from the United States – or living under a rock if you are – last week, our supreme court “legislated” that the word “sex” in the landmark 1964 Civil Rights Act, that prohibits discrimination on various basis – including “sex” – was to also include homosexuals and transgendered people.

Its intended meaning in 1964 was “male” and “female”. We cannot discriminate against a person because of the sex which they were born.  It was specifically intended to stop discrimination against women in the workplace, which was pervasive at the time.

Why should we have our shorts tied in a knot over this?

Simple – we have now lost the right to exclude what we hold as sinful, from the church.

That candidate for pastor, that seems to be great – but you find out that his “partner” is the same sex – you can no longer exclude them, lest you be hauled before the governmental powers, or sued.

And God forbid you find out after he’s hired that they’re gay – you cannot terminate his employment!

That female volunteer that now “identifes” as a man? Can’t exclude them from serving!

That man who “identifes” as a woman? You must let him use the woman’s restroom!

This – is what I mean by unleashing Satan into the church!

The authority in the church – the pastor, no longer has a say on how his church is run.

It was bad enough, that denominations were ordaining women in direct violation of scripture, and certain denominations thumbing their noses at God and ordaining homosexuals and lesbians – now, it’s the “law of the land” – because two “justices” of the US supreme court were too shortsighted (at best) or too stupid (probably more accurate) to see the the consequences of their actions.

Lawlessness in society today, can be boiled down to biblical lawlessness and idolatry.  Our “rights” are given by God – and what God calls “abhorrent” – cannot be a “right”.

Paul writes to the Romans – right off the bat, in chapter 1:

For this reason God gave them up to dishonorable passions. For their women exchanged natural relations for those that are contrary to nature; and the men likewise gave up natural relations with women and were consumed with passion for one another, men committing shameless acts with men and receiving in themselves the due penalty for their error. (Romans 1:26-27)

In fact, starting in verse 18, through the end of the chapter, Paul describes in detail, God’s wrath on unrighteousness.

Under the law in the Hebrew Bible (Old Testament), such acts pulled the death sentence – by stoning!

And now, we’re legislating such behavior as legal and a protected class of people. This is outrageous!

I, for one, reject this “legislation” from the bench – or any other legislation which takes away the right to protect my flock from the wolf, Satan. Every other pastor should be saying the same!

There’s a higher – an Ultimate Supreme Court, and it has only one Supreme Justice, and that’s the one living God, the God of Abraham, Isaac and Jacob. If it comes down to following man’s law, or God’s law – God trumps man every time.

If God says homosexuality and transgenderism is a sin – and man says it’s not – man loses. I will not bow my knee to man – any man! The US supreme court be damned! I report to the Ultimate Supreme Court in Heaven – and the Ultimate Justice – God – rules over all.

Any crack in the armor is a weak spot that Satan can take advantage of – and I will not permit it.

I call on Justices Roberts and Gorsuch to repent of their sinful decision – and I call on every Evangelical Christian leader and pastor, to lobby Congress to rectify this situation – and codify into law, the definition of “sex” as God made them – Male and Female (Genesis 1:27).