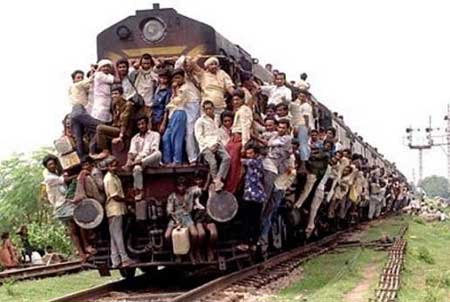 First off, let me ask you a question: What is a Prophet? What is the job of a Prophet?

Miriam Webster defines a prophet as one who foretells future events, a predictor – biblically, this is wrong. They do have one definition that is correct however, and that is “one regarded by a group of followers as the final authoritative revealer of God’s will.”

The prophets in the Bible did one thing – they revealed what God had told them. If the people did what was right, they would be blessed, if they didn’t, they would be cursed and judgement would fall upon them.

How many times do we read in the Bible, that when the people “did what was evil in the sight of the Lord” – stuff happened.

Well folks, as it is today.

The United States has been blessed by God beyond belief in its short history. We were founded on Judeo-Christian principles, we taught God in schools, we had prayer in the classrooms. The nation prospered through the years.

Then we started acting stupid, just like the Israelites in the Bible. We did what was evil in the sight of the Lord.I received a revelation earlier this week – could it be that all of these illegal aliens invading our country’s borders, be a judgement? Could this be like the locusts that invaded Egypt before Pharaoh let the Hebrews out of slavery? I wrote on Facebook, the following:

Just prior to the first Passover in Egypt, there was a judgement of locusts, such consume everything in their paths.

Could it be, that the invasion of illegal immigrants, consuming all sorts of resources – natural and financial – be a judgement of God on the USA? Could these be our locusts?

We deserve this judgement, we deserve worse – Yahveh – the Father – is truly grieved, between the worship of Molech (the killing of the unborn), and as in the days of Noah, eating, drinking and making merry.

It’s time to repent people. We need to repent for ourselves and for the sin of our nation. If you don’t know Yeshua ha’Mashiach – Jesus, the Messiah – as your savior, repent of your sin and ask Him into your life today – you are not promised tomorrow!

This morning, when my wife and I came together in prayer and devotions, I asked the Lord, “if this is true, if we are in indeed in judgement, please confirm it and give me the words to give your people. Use me as your prophet to tell the people to repent, and that You again, may bless this nation.”No sooner than this prayer was concluded, that I was taken to the sixth chapter of Judges, where the hoardes of people of Midian oppress Israel. Let’s look at the text – and see the similarities to today.

The people of Israel did what was evil in the sight of the Lord, and the Lord gave them into the hand of Midian seven years. And the hand of Midian overpowered Israel, and because of Midian the people of Israel made for themselves the dens that are in the mountains and the caves and the strongholds. For whenever the Israelites planted crops, the Midianites and the Amalekites and the people of the East would come up against them. They would encamp against them and devour the produce of the land, as far as Gaza, and leave no sustenance in Israel and no sheep or ox or donkey. For they would come up with their livestock and their tents; they would come like locusts in number—both they and their camels could not be counted—so that they laid waste the land as they came in. And Israel was brought very low because of Midian. And the people of Israel cried out for help to the Lord. (Judges 6:1-6 ESV)

Starting with the very first verse – the people did what was evil in the sight of the Lord – and God judged by giving the nation into the hand of Midian for seven years. Today, we have this evil all around us.

Gettting back to the text, For seven years, the hoards of people would invade Israel, and take of their harvest.

Well heck people, we have hoards of people from other nations invading our borders. taking of our resources, bleeding our treasury dry! They’re bringing pestilence and disease to our nation.

Measles – once eradicated, is now an epidemic along the border.  This, along with syphilis. dysentery, and other diseases. What’s next, smallpox?

And our government does nothing to combat this – in fact, they celebrate the very sins that God is judging!

Ask any democrat candidate about a sin, they celebrate it!

And all of this is to be celebrated by all – lest you be labelled a bigot, a homophobe, a racist, etc.

All of this is sin!

Back to our text – verse 5: “… they would come up with their livestock and their tents; they would come like locusts in number—both they and their camels could not be counted—so that they laid waste the land as they came in.”

What do we do?  We must repent as a nation – for the sins of this nation.

We, as a nation, must resurrect sodomy law and outlaw homosexuality.

We, as a nation, must stand up to the politically correct crowd and declare that transgenderism is a mental disorder – and never permit boys in girl’s bathroom or girls in boy’s bathrooms.

We must get to the bottom of the corruption in government, root it out.

Then, repent as a nation.

Will it happen? Unfortunately – I don’t think so, but until we repent as a nation – which means to turn from our sin – God will continue to bring judgement on this nation.

This is where I come in – I am your prophet – and I’m telling all of you, “Thus says the Lord, the God of Israel – You must repent as a nation of your sins! You must turn away from the sin of Abortion, Homosexuality and Transgenderism. You must clean house in your government and bring in godly people to bring stability back to this nation.

That’s the job of a prophet. It’s to give God’s Word, and give people a choice – do what’s right and be blessed – or do evil in the sight of the Lord and be judged.

What’s it gonna be America?

Turn back to God!

2 Replies to “We Are In The Midst of Judgement”