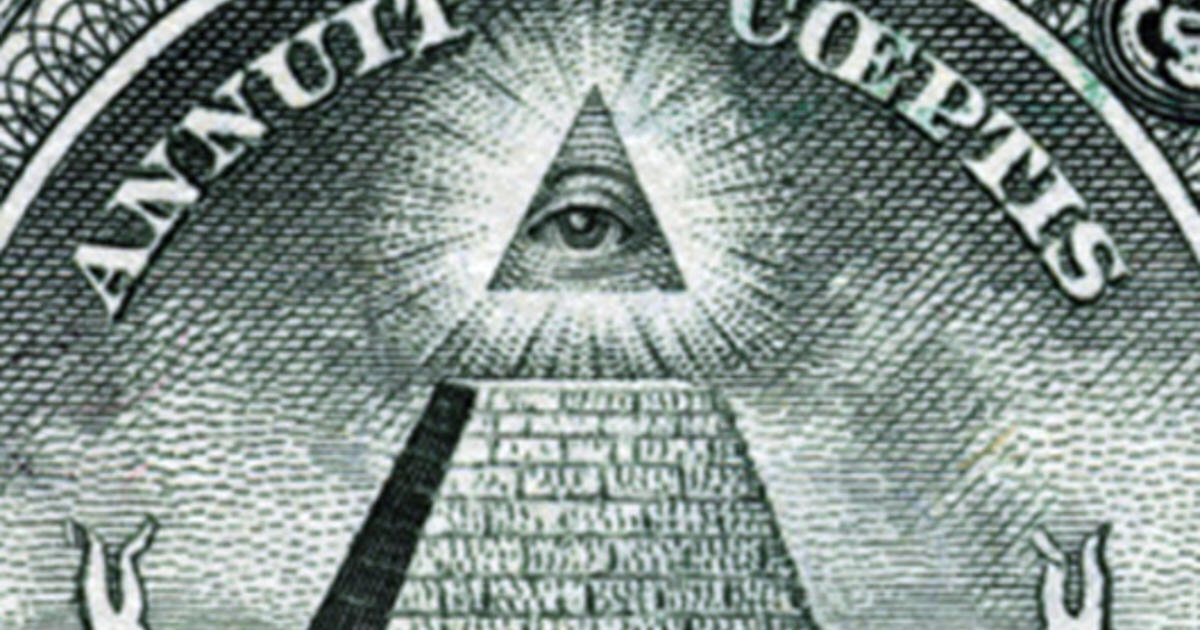 The Book of Revelation talks about a global leader who will demand worship, about halfway through the Tribulation period. This global leader has, by this time, already ushered in the one world religion.

Many think it’s Islam, but they’re wrong. Some think it’s a hybrid Christian-Islam, or “Christlam” sort of thing, nope – it’s not that either.

Think of one of the oldest fraternal organizations, and bingo – you got it.

The Masons, there’s a Masonic “temple” in practically every city and town in the nation, and there’s a lot more than just a “do good” fraternity under the covers, and behind the door of the Masonic lodge.

First, you ought to know that virtually every government, and a large percentage of business leaders, are freemasons. Virtually all of Hollywood is a part of Freemasonry. They’re a very tight knit – and tight lipped group. They look out for each other in every conceivable way. They have each other’s back should trouble befall them.

Above all, they may publicly say things that sound good to Christians, but underneath, they hate Jesus more than you’ll ever know.

This past week, I took in a five hour YouTube video, in small increments, by a former member of freemasonry. I knew that Freemasonry was a cult, but never to the level described in this video – it made me sick. Part of me didn’t want to believe that people could be so depraved, so I did a little digging.

Spencer Smith, a popular YouTube blogger and a missionary with his Independent Baptist Church, validated the video. I then started digging even more, only to find that there are many pastors, including most of the popular ones, are – and practice freemasonry.

This absolutely blew my mind.

I’ll be posting a link to the five hour video, as well as a link to Spencer Smith’s video at the end of this message. I recommend that you watch the long video in one hour or so increments, as there’s a lot to take in.

First, in order to join, you must take a blood oath of secrecy, that you will never divulge the inner workings or practices of freemasonry.

The Bible says however, in James 5:12, “But above all, my brethren, do not swear, either by heaven or by earth or with any other oath. But let your “Yes” be “Yes,” and your “No,” “No,” lest you fall into judgment.” We are not to take oaths – period. Doing so changes where your allegiance lies – to the God of Abraham, Isaac and Jacob, or the god of the fraternity.

Why the secrecy anyway? What happens if you do happen to let slip something that may of happened in the Masonic temple?

Well, the oath taken to get into the temple organization just says they can throw you out and suspend or terminate your membership. It’s when you start climbing the “degree ladder” that things get interesting. It starts with the first degree, or the “apprentice” – where opening your mouth is punishable by… well, let’s just look at the oath:

“Binding myself under no less a penalty than that of having my throat cut across, my tongue torn out by its roots, and buried in the rough sands of the sea at low-water mark, where the tide ebbs and flows twice in twenty four hours, should I ever knowingly or willingly violate this my solemn oath and obligation as an Entered Apprentice Mason. So help me God, and keep me steadfast in the due performance of the same.”

Basically, they kill you. Why? Because the secrets they keep are so incendiary, that it would turn a true Christ-believer’s stomach,

It goes to the thirty-third degree, the highest degree of freemasonry one can achieve. These Freemasons are worshipped – they demand it – and they get it.

No Bible-believing Christian has the right to bind themselves to this wickedness. Your body belongs to Christ Jesus Himself and is the temple of the Holy Spirit. 1 Corinthians 6:19-20 says “Or do you not know that your body is a temple of the Holy Spirit within you, whom you have from God? You are not your own, for you were bought with a price. So glorify God in your body.”

You are under divine ownership – you can’t just do whatever’s you want. The apostle Paul addressed this with the Corinthians as well: “Do you not know that you are God’s temple and that God’s Spirit dwells in you? If anyone destroys God’s temple, God will destroy him. For God’s temple is holy, and you are that temple.” (1 Corinthians 3:17)

Everything about Freemasonry revolves around fear. Each degree achieved instills evermore fear into the member. God didn’t give us a spirit of fear, but of sound mind (2 Timothy 1:7), and 1 John 4:18 says “There is no fear in love, but perfect love casts out fear. For fear has to do with punishment, and whoever fears has not been perfected in love.”

To understand what and who the members of this organization worships is nothing more than Satan himself. Baphamet is prominently displayed during rituals, as is the Satanic Star and many other symbols.

And to understand the membership of this organization, all you need do is to look at 90% plus of every government branch and office – and add to that, Hollywood – and you now know the makeup of “the swamp”.

People ask why certain government officials or other publicly known people aren’t serving time in prison for corruption or sexual exploitation of children and women, or even child pornography – remember what I said earlier, Freemasons take care of their own.

It’s more than “masons buy from other masons” or prop other masons up financially, but when you have a “connected prosecutor,” a fellow Mason could commit murder, and get away with it.

Ask yourself, how did Hillary Clinton get away with what she did, with all of the evidence publicly known? Her family comes from a line of Freemasons. And Bill? Ditto.

No, these people aren’t in Gitmo – and they haven’t been hauled in front of military tribunals and subsequently executed. That’s called deception. These people are neck deep into freemasonry, as are their protectors, and their prosecutors.

The Bible talks of a one world religion, with the Antichrist and the false prophet at the top. It’s the goal of Freemasonry is to take down and make all other faiths and religions obsolete, and to replace these with a universal “religion”.

Freemasons hate Jesus Christ. With Satan at the head of Freemasonry, Christianity is an enemy. If one digs, a list of well known, and some not-so-well-known pastors can be found, and this list is shocking.

There’s a now deceased, but famous evangelist who had access to every United States president since Truman, and his son who now has access. How did they get access? Was it because of their pious ways? No – dad was a 33rd degree Freemason, and his son is quickly getting there. Sound crazy? Sure it does – I didn’t believe it, nor did I want to, until I saw the proof in reputable sources.

And I didn’t have to dig far to find it either. Same goes for some others. The list is appalling and cringeworthy. You won’t want to believe it either. It’s all out there though, if you just dig into reputable sources, not just any off the wall YouTube video. Look for citations in articles and cross referencing.

Same goes for government officials. Why didn’t Donald Trump get re-elected? The swamp made the mistake of underestimating him and the populace in 2016, they weren’t going to allow that to happen again. Remember who the swamp is comprised of – connected Freemasons.

If you profess Jesus Christ as your savior, you must repent of any affiliation with this organization, and renounce it, and the fear it instills completely. You cannot serve God and the forces of evil within this organization at the same time.

I urge everyone to search out everything they can find about this evil organization, and those that may be associated with them. Some of these associated organizations operate charity hospitals and other charities which have Satan at their core.

See the links below to start your journey.

For a summation of freemasonry, watch the Spencer Smith validation (51:44) – https://youtu.be/YEqEQaRNGxs